Hi, it sure has been a minute, huh? I guess the easiest way to get back in the swing of writing blog entries again is to get going. So, here we go!

I took the JLPT N2 in the beginning of July. Before taking the test, I was pretty confident that I'd pass, but during the test itself, I choked hard. I hope I managed to pull it off somehow because I don't want to take it again in December. I guess I'll find out the results in a couple of weeks. 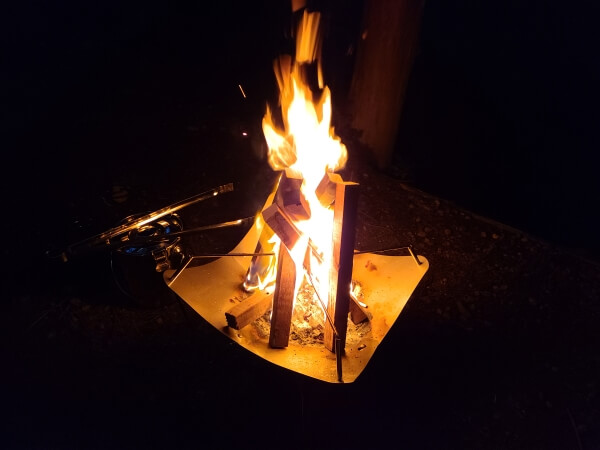 Why is fire so dang mesmerizing?

Daikon and I went camping again, this time in Kanonyama, Gunma. We were the only ones at the campsite, so at night it felt very cool and very strange to feel so alone in the middle of nature. Daikon bought a campfire stand so we had a nice little campfire, cooked s'mores, told ghost stories, the works. Our next goal is to finally get a tent (!!) and stay at a local campsite to practice setting it up.

The bad news is that Japan is in the grip of a seventh wave of COVID cases. Daikon and I haven't caught it (knock on wood), but we decided to cancel our planned trip north to visit his folks. We're gonna try again in fall when (knock on wood again) the situation has improved. 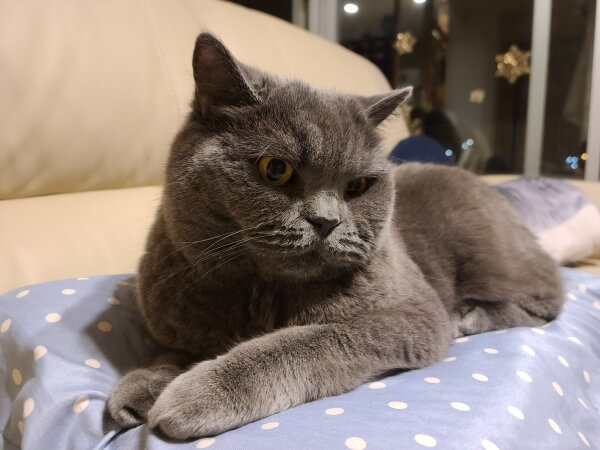 Also: we got a new sofa, which means that Henry has a new throne.

As always, I have been slacking on my reading (eep) and have been scrambling to make time for it. My plan for summer was to read at least one short story every day, but in reality, I end up reading a whole batch of short stories during one sleepless insomniac night, then crashing hard and not reading any stories for the rest of the week. I did at least find a new favorite writer, John Wiswell, who wrote We Are Not Phoenixes and The Coward Who Stole God's Name. Those two stories, and Phoenixes in particular, carried me through some trying times in July. Two other stories caught my eye as I was digging through my Uncanny Magazine backlog: Family Cooking by AnaMaria Curtis and Two Hands, Wrapped in Gold by S.B. Divya. That latter story really nails the feeling of diasporic otherworldliness.

On to books: The Office of Historical Corrections by Danielle Evans is a big thumbs up from me. Short story anthology that starts strong and keeps ramping up, then closes on a real gem of a novella. I cannot recommend this enough. I need to read more Evans IMMEDIATELY.

I also finished off Keigo Shinzo's third volume of Hirayasumi. It's such a good and simple chill summer read. I hope it gets an English translation at some point because dang, if it weren't for the language barrier, it would be such a good series to recommend to folks.

The other books I read over the past couple months were... mediocre. Grace D. Li's Portrait of a Thief started off weak and got duller as it went on. It was so disappointing that I wrote a review partway through when I was debating whether to DNF it. (The answer is yes, I should have quit then and there, but instead I read through to its underwhelming end.)

I also read Toshikazu Kawaguchi's Before the Coffee Gets Cold for the Books and Boba book club. I wrote a lot of my messy thoughts on the Goodreads forums, but the short answer is that I recommend watching the movie instead. Yes, this is the first time in my life where I recommend watching a live action Jdrama movie over the book. I also got a nice little shoutout on the podcast episode for the book, so, that was cool!

So here's the thing: Daikon and I are... pretty burned out on covering indie games. It started with our coverage of the #Unity1Week jam in May and feeling genuine disgust at some of the things we were seeing. This event was the proverbial straw that broke the camel's back, the first crack in a dam of feelings I have about the whole indie game "scene" here. I thought that taking a break from Happy Hour and the Indie Tsushin blog would recharge my batteries, but one week turned into several weeks which snowballed into several months. I can now say pretty definitively that I... do not miss it.

As wonderful and great as indie games and creators are, it's also way too much work picking out signals from the endless noise. The primary way to follow dev updates and announcements was to be on Twitter, which was ruining my life. Devs who did not like me tweeting that I didn't like certain parts of their game, would send their thousands of fans to spam me with vitriol. I'd promote devs and projects that I thought showed a lot of promise, only for those accounts to start pushing NFTs or slurs or any number of shitty things. Twitter is a necessary evil if you want to be in the know, but I'd rather excuse myself from the "community" than try to keep up anymore.

I was breaking my brain playing hundreds of demos and jam entries for games that are, to be quite blunt, straight up awful. Far too many of them were trendchasers or overpolished nonsense. (How much would I give to never play another indie dev's take on pachinko or slot machines or motherfucking gacha pulls? How many Metroidvanias or puzzle platformers or Slay the Spire clones do I have to play before losing my mind entirely?) Daikon feels pretty much the same way with me on this. We started covering and promoting indie games not to make money or gain any social capital, but because it was a fun project for us to do together. If it's not fun anymore, it's time to move on.

So. That was a lot of words to say that Happy Hour, Game Roundups, and the Indie Tsushin blog are probably not coming back. The video archives will stay up, and the Indie Tsushin zine issue with Indiepocalypse is of course still for sale. Daikon is still working on games, though at a dramatically lower pace than before. Maybe someday we will want to cover indie games again, but right now I am way happier doing just about anything else with my time.

One thing I'd rather do with my time is writing more blog entries! I'm aiming for one entry a week in August.

I mentioned above that I am aiming for one short story per day, and reading more in general. I'm also trying to be more active in book club discussions (both on Goodreads and Discord). Who knows? Maybe someday I can learn to collect my thoughts into comprehensible reviews instead of stringing together a bunch of exclamations and calling it a day...

I'm also still plugging away at my Japanese studies. My goal is N1 in December, but who knows. I've started watching Japanese movies and TV shows that don't have English subtitles, and am surprised at how little I need my dictionary. Feel good to improve at a thing!

I never know how to sign off on blog entries, so uh, bye! See you soon, maybe!